Ride in a horse-drawn carriage and travel back in time over Québec City’s cobblestone streets inside the last standing fortified city walls in North America. Walk in the footsteps of the Vikings, visit sod houses and explore dramatic fjords in Newfoundland and Labrador. You can also dance a jig and clap to some passionate fiddling in the pubs. There is a multi-cultural past here that’s as vast as the country itself!

Hungry? There is something to tempt everyone’s taste buds in Canada. From wild salmon, lobster and meat pies to puntine; those out of this world french fries topped with gravy and cheese curd, uniquely different and delicious.

There are many ways to visit Canada on a cruise ship. In the Fall you can take a New England and Canada cruise. These cruises take you up the coast from either New York or Boston where you can step back in time and visit quaint towns, enjoy tasty seafood, see historic lighthouses, and beautiful fall foliage. On the way up to Canada you may also visit Portland, and Bar Harbor, Maine before stopping in Halifax. There is no better way to explore Canada's Maritime provinces or the historic Quebec Provence then onboard a cruise ship!

Experience the beauty of the Pacific coast on a cruise leaving from Vancouver or Victoria. Along the way watch for orca and humpback whales as the swim around you! On a cruise departing from these ports you will have the opportunity to visit the Canadian wilderness. Towns like Jasper where you can trek on a glacier and take in the majesty of the Alberta Rockies. Canada’s Rockies are made up of wide mountain peaks, rolling hills, diving valleys, lush flora, and crystal cold mountain lakes and rivers. Visit Banff National Park and its extensive forests, glacial lakes and amazing rock formations. For a touch of the wild west, a visit to Calgary a must. There you’ll find cowboys, rodeos and fun.

Banff
Banff is a World Heritage Site. Located in Alberta, Mt. Rundle and Mt. Cascade, part of the Alberta Rockies surround this resort town. The Banff National Park has many kinds of wildlife including elk and grizzly bears. With glaciers, mountain peaks, rolling hills, vast woodlands, and crystal cold mountain lakes and rivers there are many activities for adventure lovers. 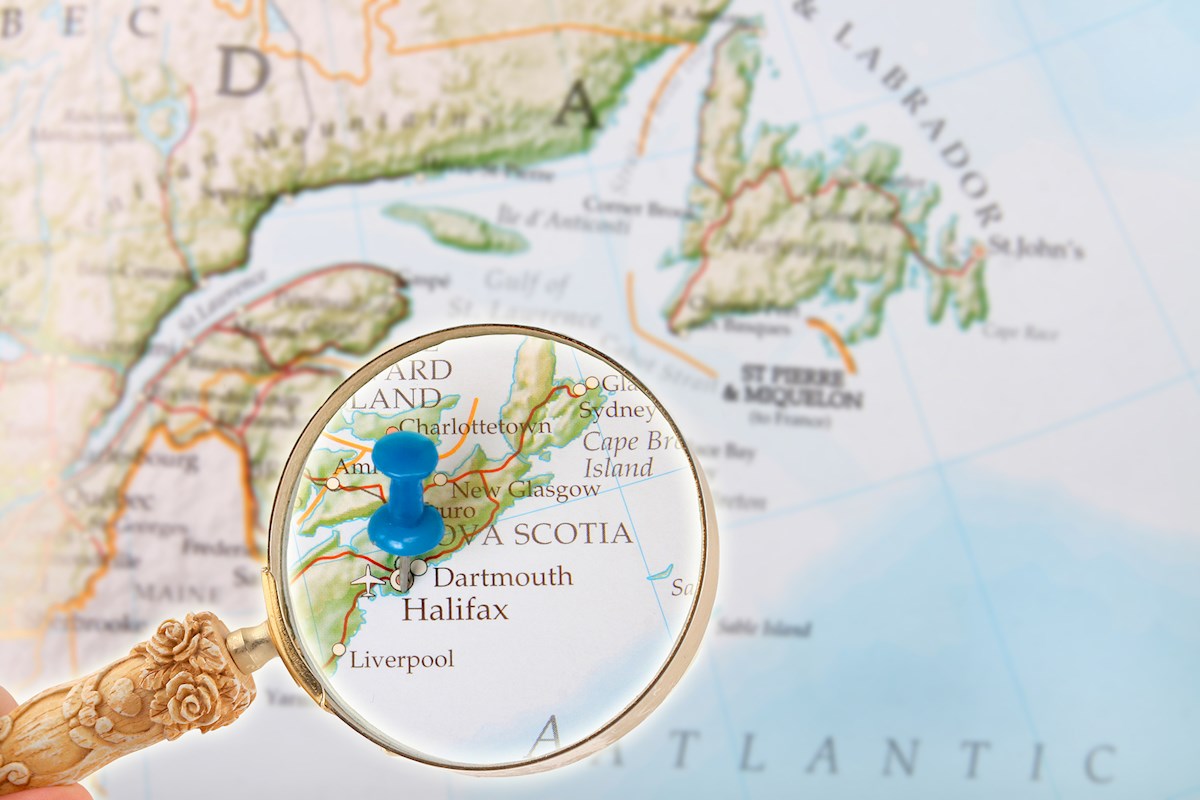 Halifax is the provincial capital of Nova Scotia. The town is known for its long maritime history. While in Halifax travel to the Fortress of Louisbourg National Site. It is the largest reconstructed 18th century French fortified town in North America. Perfectly restored to show life as it was in 1740. Step into history with the kilt-wearing soldiers—fully costumed and reenacting military maneuvers at the Halifax Citadel National Historic Site and stroll
a 200-year-old restored fishing village at Fisherman’s Cove.

Other must-see places include the Canadian Museum of Immigration at Pier 21,this was the gateway into Canada for one million immigrants. The towns seafaring history can be discovered at the Maritime Museum of the Atlantic which includes displays on the city’s link to the Titanic disaster, many of those who lost their lives are buried in Halifax.

After you’re done exploring enjoy fresh lobster and scallops caught fresh from the Bay of Fundy and enjoy a brew at one of the many island breweries. 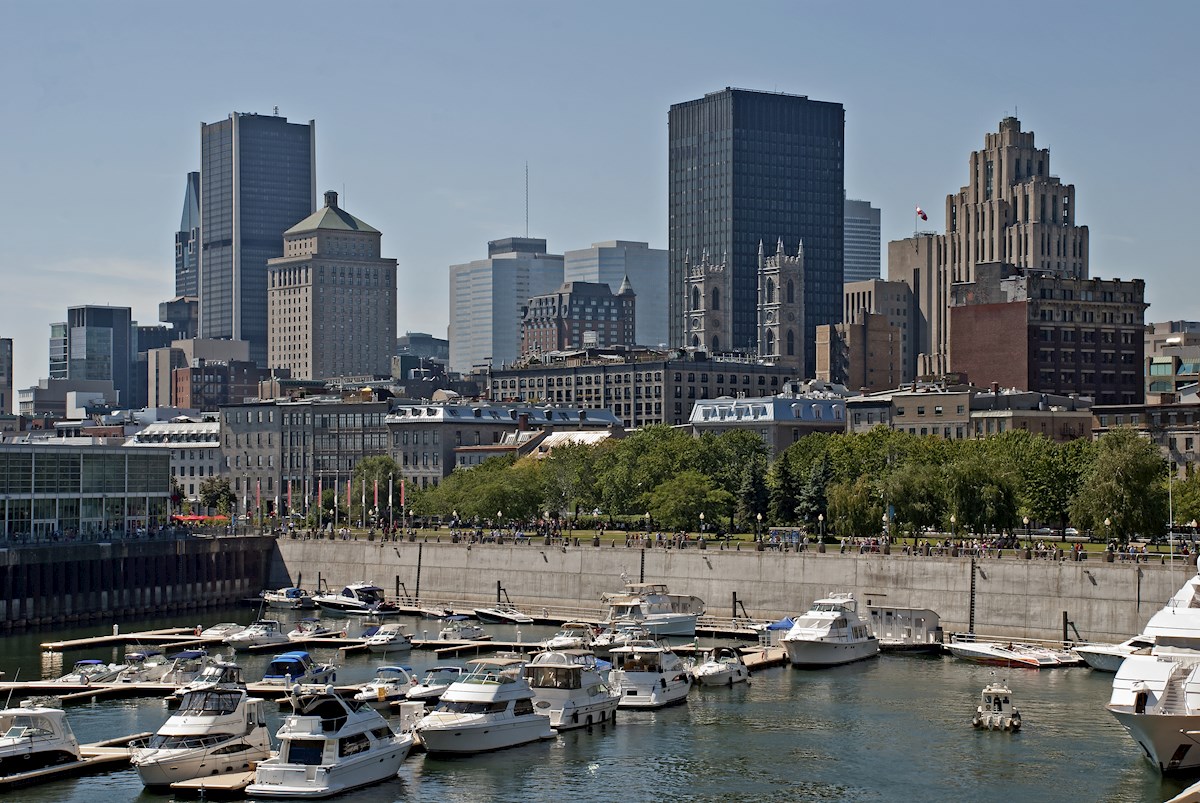 Montreal
Located between three rivers, Montreal is the largest city in the Canadian province of Quebec. This French speaking city is known as Canada’s Cultural Capital. Take a horse drawn carriage ride over cobblestone streets past 19th century buildings museums and bistros. From historic stain glassed churches to quaint boutiques and cafes, you’ll feel like you are in Europe.

As for things to do, there are plenty! Art lovers can’t miss a visit to The Montreal Museum of Fine Arts one of Canada’s most famous museums. Looking for adventure? Hike to the top of Mont Royal for commanding views of the city.

Given its ethnic diversity, it’s no surprise that you’ll find culinary delights from around the world. From English pubs, French patisseries, Caribbean flavors, Jewish delis to restaurants serving Kamouraska lamb. 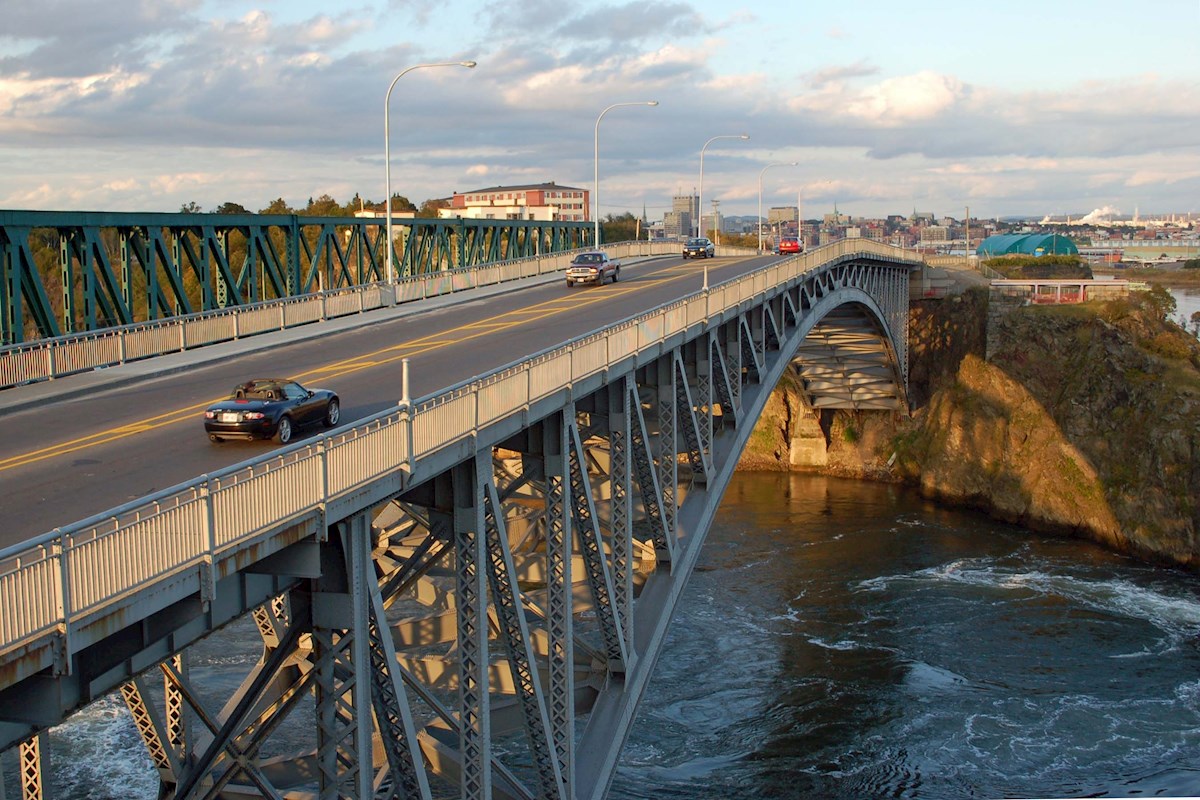 New Brunswick is one of eastern Canada's Maritime provinces. The port city of St. John is home to the New Brunswick Museum, with local artwork dating to the 1800s, and the long-standing St. John City Market's many food stalls.

There are several natural wonders to see here.  Reversing Falls, where rapids flow backwards at high tide and Hopewell Rocks. Hopewell Rocks are unique rock formations pounded and shaped by tidal erosion. Trees grow on top of these narrow-bottomed rocks. At low tide you can walk around the maze the rocks create.

Newfoundland and Labrador
Labrador is one of the world’s last wilderness regions.
Cruising in these waters watch for herds of caribou and lounging polar bears as your ship travels between fjords and the majestic mountains. At Gannet Islands Ecological Reserve, you can see over 38,000 pairs of colorful puffins. In Iceberg Alley you can find over 22 distinct species of whales alongside the 10,000-year-old icebergs.

The islands multi-cultural past includes settlers from England, Ireland and France alongside the native Inuits. 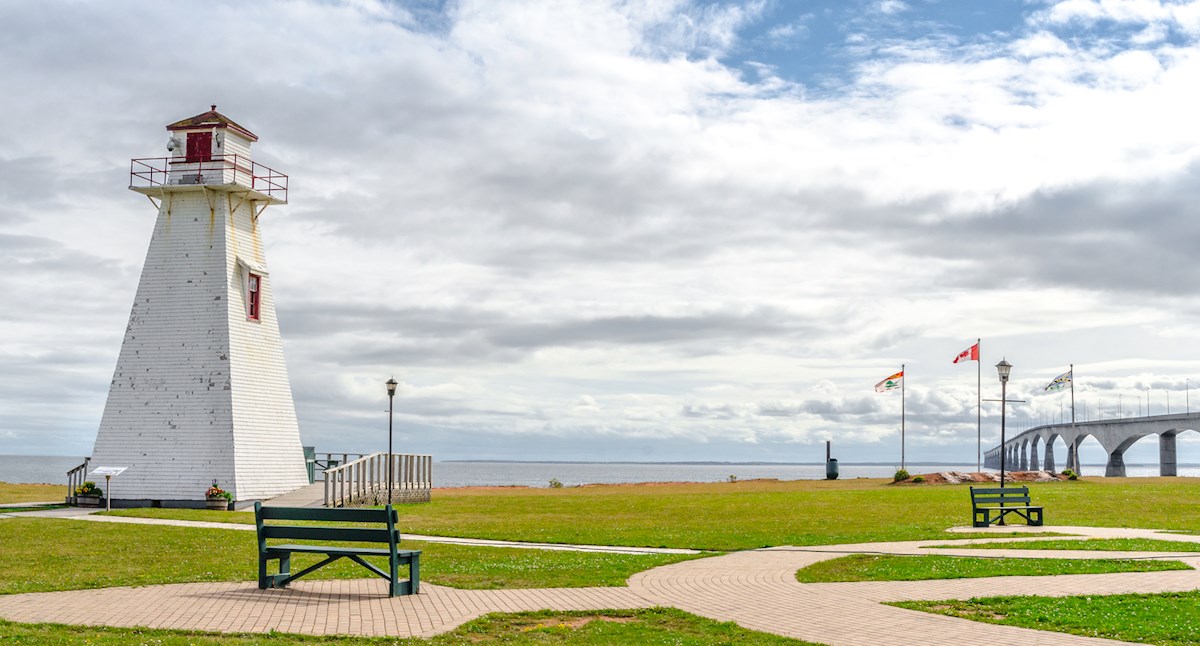 Prince Edward Island
Shaped like a croissant Prince Edward Island is off the coast of New Brunswick. The smallest of Canada’s maritime provinces, the weather here may surprise you. Sheltered by surrounding islands summers are warm and the ocean off the red sandy beaches are great for swimming! Miles of rolling meadows, lighthouses and a gorgeous unspoiled coastline make this one of the most beautiful places to visit.

While there, visit the home that inspired Lucy Maud Montgomery to write the Anne of Green Gables novels in Charlottetown, Canada.

It was here on Prince Edward Island that Canada was formed by the Fathers of the Confederation, uniting five of the British North American colonies.

If you are looking for a shopping center, go to the Gateway Village, a 30-acre site with food and retail shops. There is also a visitor information center there too.

And finally, don’t miss the view from this this modern-day marvel, the Confederation Bridge. Linking New Brunswick and Prince Edward Island via the sprawling Northumberland Strait. Its 8 miles long and only 200 feet about water at its highest peak.

Quebec City
Quebec City is the capital of the Canadian province of Quebec and it’s one of the oldest cities in North America. Many of Quebec’s sites of interest are in the Old Town which is located on the top of the hill and surrounded by a stone wall that was built by the French and British armies. The area has been recognized as a UNESCO World Heritage Site. Founded in 1608, inside the walls you’ll find the Vieux-Québec and Place Royale, with stone buildings and narrow streets. The cobblestone streets are lined with bistros and boutiques here. Don’t forget to visit the prestigious 19th Century-built Chateau Frontenac. This elegant hotel and its watchtowers overlook the Saint-Lawrence River and the entire cityscape. 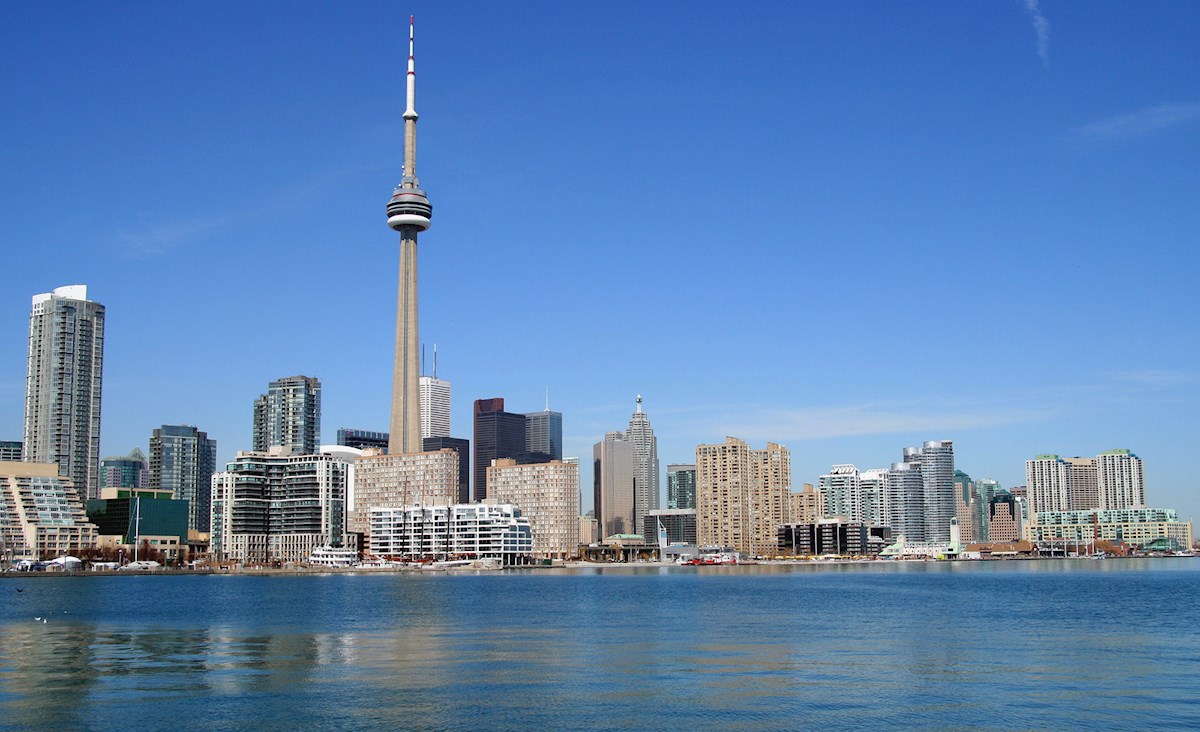 Toronto
Toronto is the capital of the province of Ontario. The city is home to the renowned CN Tower, one of the tallest free-standing structures in the world. Take the elevator to the top and take in the entire city from 1800 feet! There are many parks including Queen’s Park and the 400-acre High Park.

Toronto’s historic Distillery District is a pedestrian-only area offers magnificent views of Victorian Architecture. It is lined with galleries and pubs. The St. Lawrence Market is a historic food and antique market, you can find cheap eats and craft artisans displaying their wares.

Cows, horses, sheep, goats, pigs and chickens live at Riverdale Farm. A seven-acre farm right in the heart of Toronto. Check out what it’s like to live on a farm and snack on homemade pie at the farm house store.

Vancouver, British Columbia
Vancouver is a world class city. It’s one place where you can ski and enjoy water sports in the same day. There are spectacular beaches and trails right in the center of town at the 1,000-acre Stanley Park. Named one of the world’s most live-able cities Vancouver is diverse cultural and beautiful. The cities forests, parks and impressive suspension bridge makes an excellent port to explore. 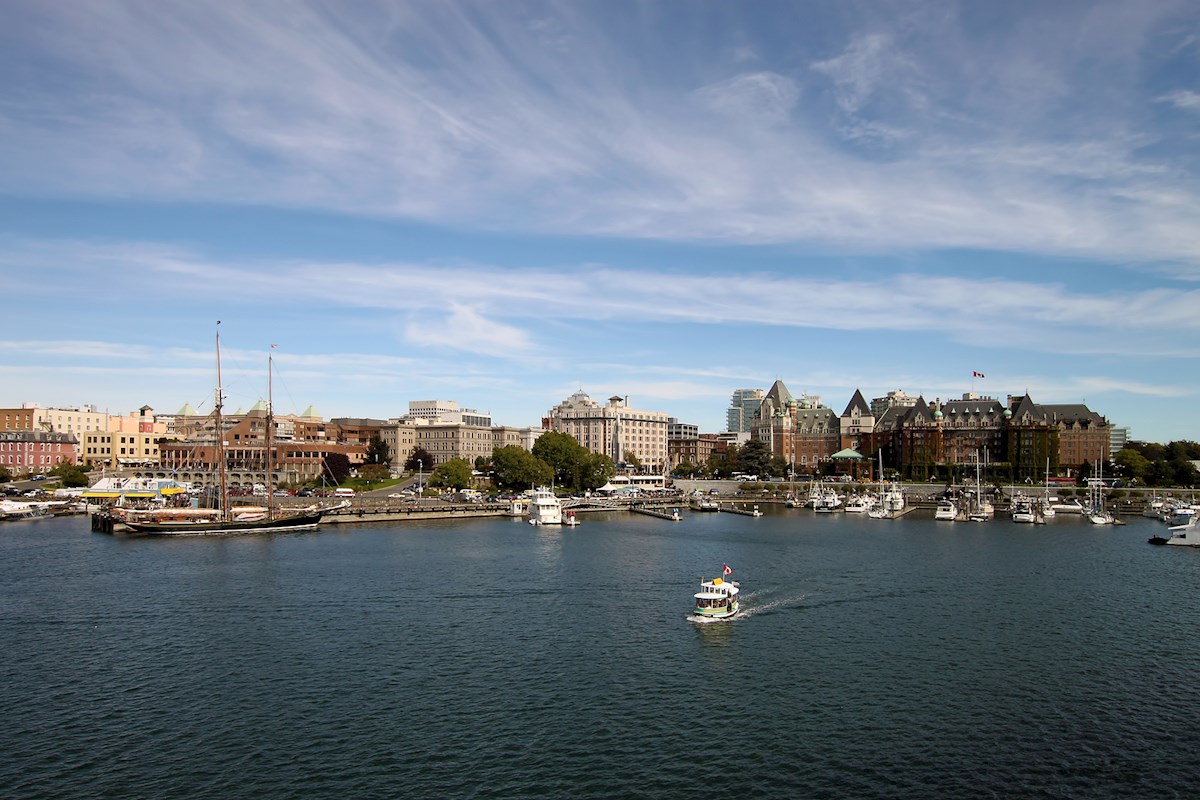 Victoria is the capital of British Columbia. Located at the southern end of Vancouver Island, Victoria is home to the Parliament Buildings and Royal British Columbia Museum. Britain’s influence on architecture can be seen in the beautiful Victorian buildings and the majestic Craigdarroch Castle mansion. Take a stroll through the Butchart Gardens, just one of the many garden spots in the city. There are 55 acres of vivid floral displays, water features and a carousel.