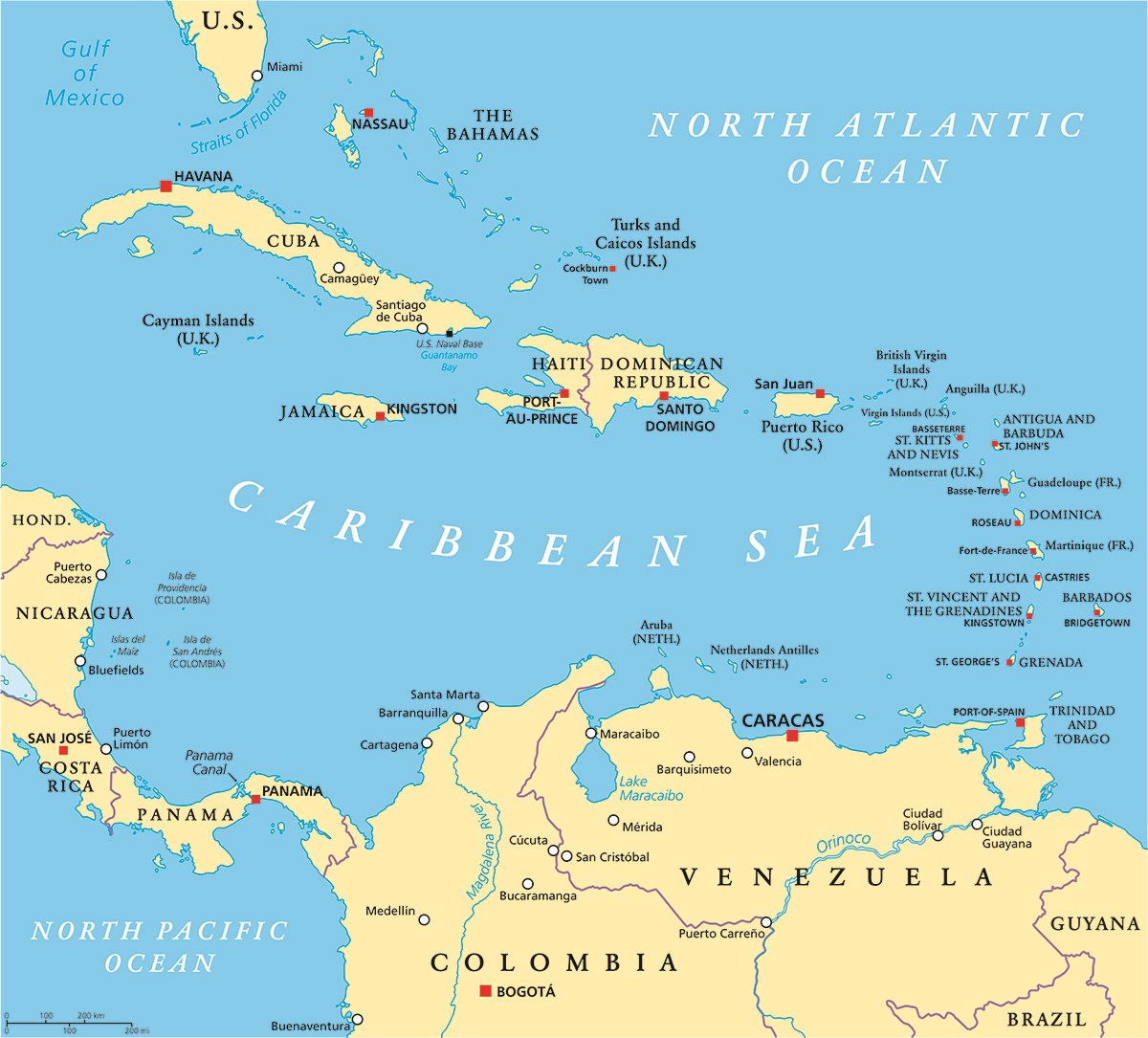 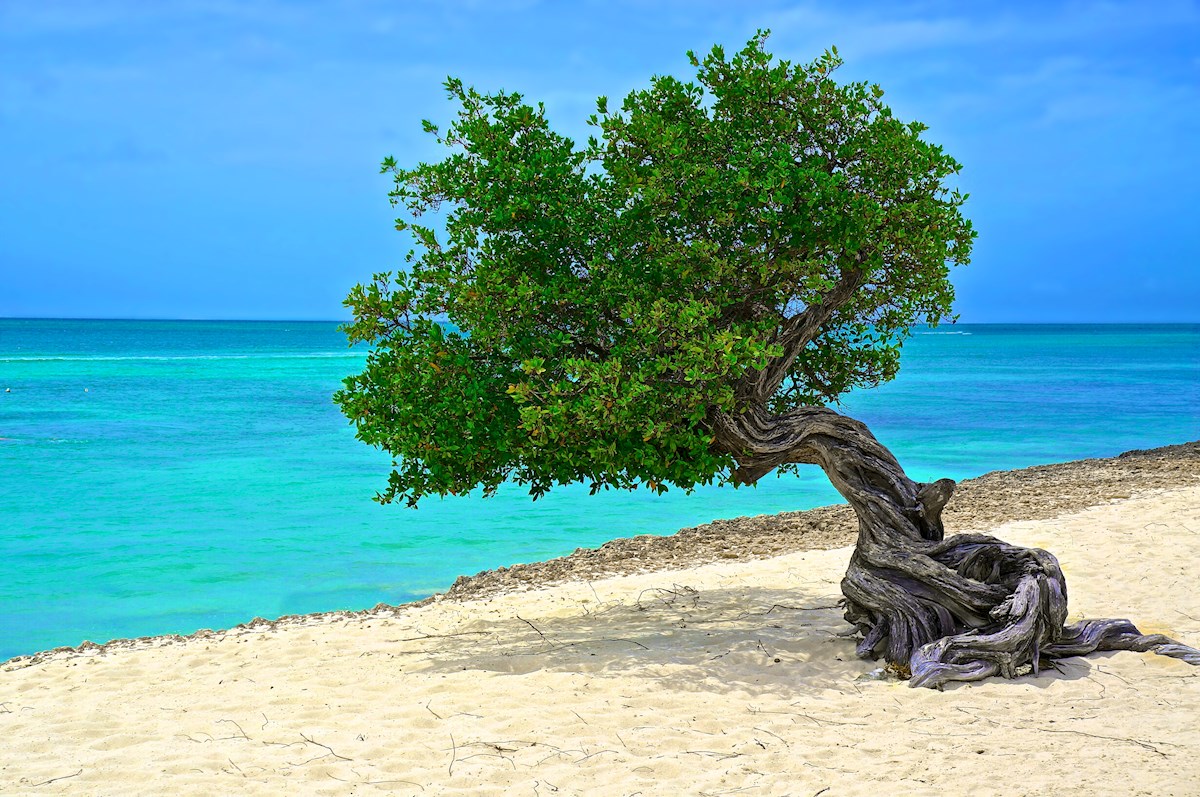 Aruba’s fabulous beaches are kissed by the warm sun and cooled by constant trade winds. The Atlantic Submarine is a great way to explore the island’s underwater splendor, and the impressive array of visitor attractions includes the natural wonders of Arikok National Park, the Ostrich Farm, Bushiribana gold mill, and the fabulous galleries and museums in downtown Oranjestad.

Great Stirrup Cay, Bahamas
It’s an idyllic, 268-acre private beach island get-a–way in the Bahamas, and it’s reserved    exclusively for Norwegian Cruise Line guests. This recently renovated paradise is like Gilligan’s    Island, but without Gilligan and with lots of great resort-like amenities. The beautiful, powdery sand beach features 3,000 lounge chairs, lots of open sun bathing and plenty of areas shaded by swaying palm trees. There’s an underwater sculpture garden for snorkelers, a jet ski tour, kayaking, a sports area, and a Stingray encounter. There are 22 private rental cabanas with lounge furniture and a   refrigerator, lots of dining options, plenty of covered, open-air bars, and live Caribbean music! There’s plenty to see and plenty to do on Great Stirrup Cay! 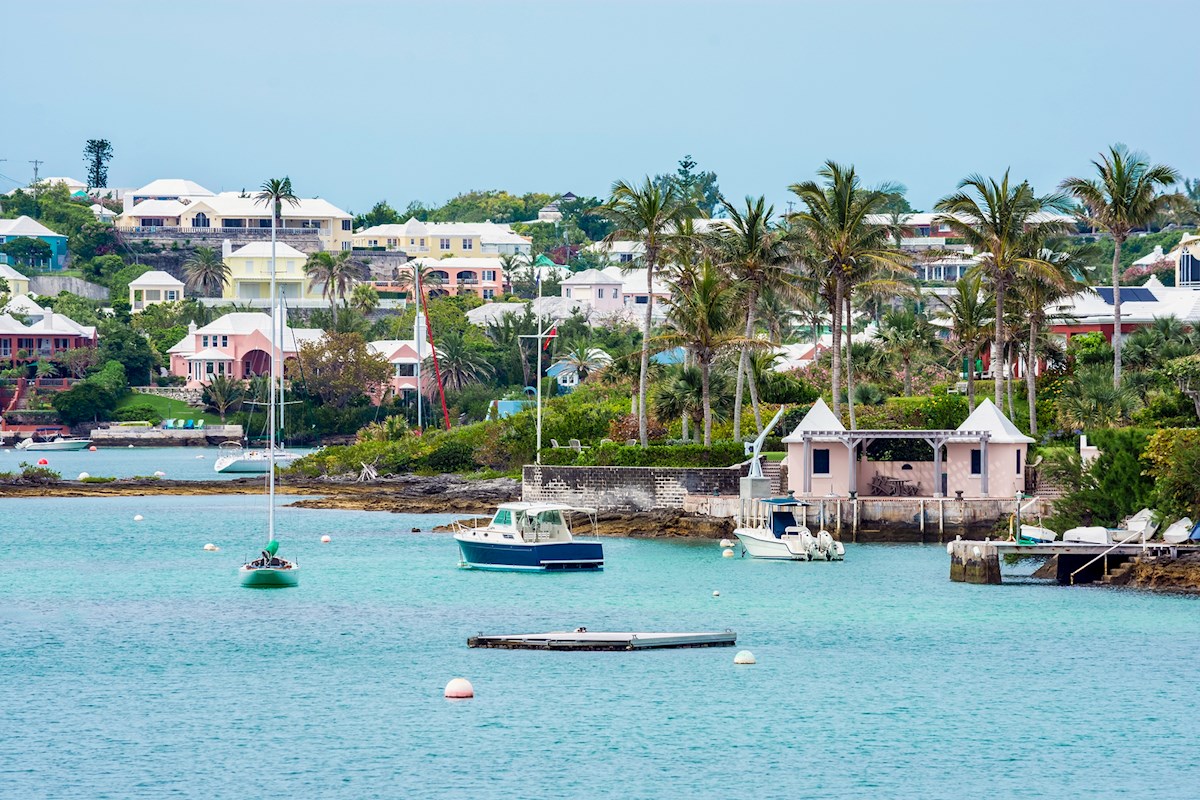 Bermuda
Bermuda’s pristine pink sand beaches, warm crystal clear waters, and seven world-class golf courses anxiously await you! Although it’s known as an island, Bermuda is an enchanting 21-square-mile archipelago consisting of seven major islands interconnected by bridges and causeways, and approximately 140 smaller islands. Many of her 300 beaches are among the best in the world. Shopping is excellent, and restaurants and cafes are plentiful. Bermuda boasts a reputation for being safe and prosperous, and making everyone feel right at home. These are just a few of the reasons Bermuda enjoys the highest visitor return rate of all the world’s resort  islands, and has been selected the best island in the Caribbean/Atlantic region sixteen years in succession! 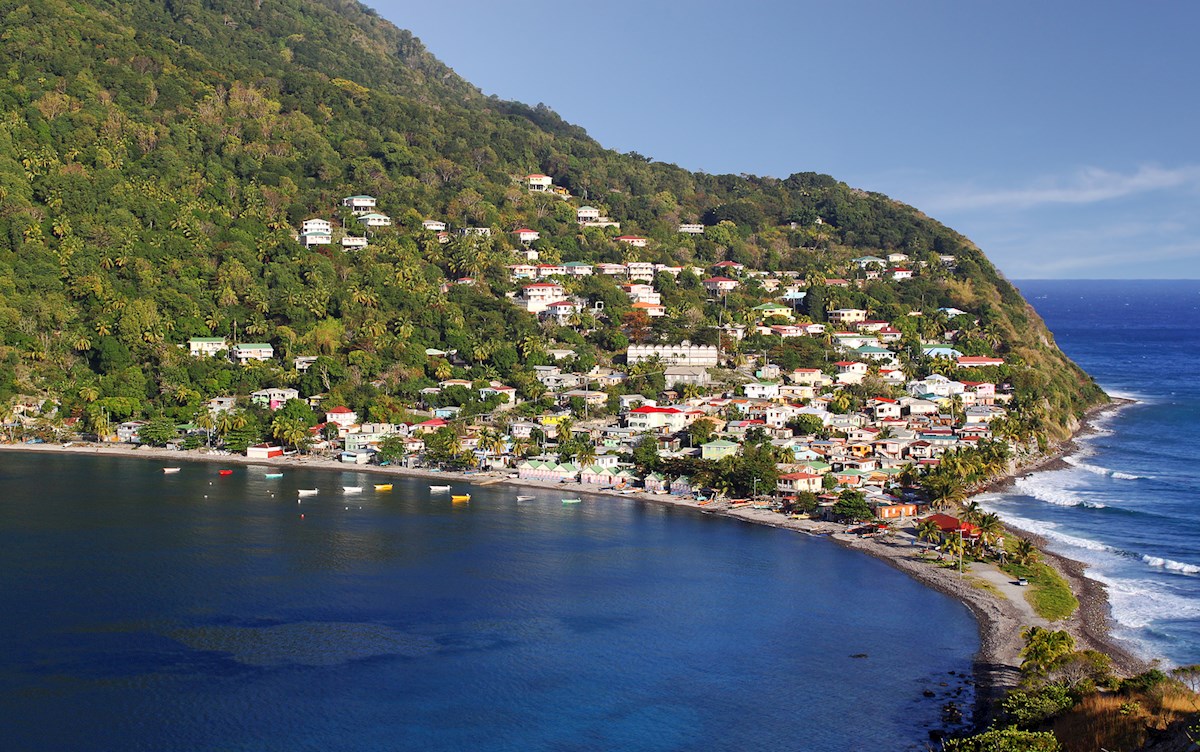 Tropical forest coats two-thirds of this arcadia of unspoiled nature. For the adventurer, there are more attractions than points on a compass. River tubing, kayaking, snorkeling, the Sulphur Springs, the Middelham Falls, the beaches, a tour of Fort Shirley, the Dominica Museum, a trek to one of the island’s 365 rivers. And, Dominica just happens to be the whale watching capital of the Caribbean! 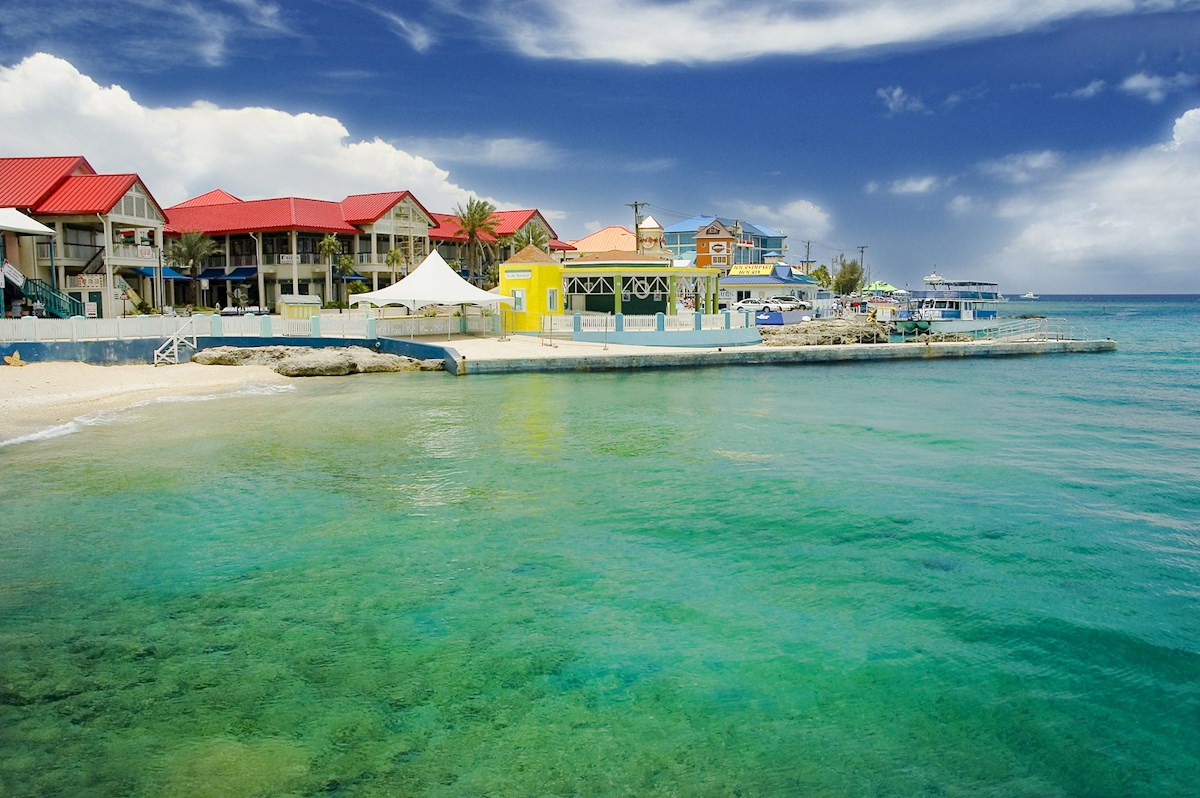 George Town, Grand Cayman
Cosmopolitan Grand Cayman is home to the  vibrant city of George Town, a very popular port of call for cruise ships. Tax-free shops cluster around Cardinal Avenue, and great waterfront bars and restaurants line Church Street.  Famous Seven Mile Beach is one of the most beautiful, and least populated beaches in the Caribbean, with soft sand stretching as far as the eye can see. A visit to Stingray City and the Sandbar is a great opportunity to snorkel and play with the Stingrays, and other must-see attractions include the Cayman Islands National Museum; Rum Point; the Turtle Farm; the Heritage Garden; Cayman Spirits Company Distillery;  and the National Trust Mastic Trail. Grand Cayman is simply the best of what the Caribbean has to offer!

Grenada
The capital, St. George’s, is the most picturesque city in the Caribbean and is filled with beautiful, well preserved examples of French and British Colonial architecture.  Seductive breezes gently caress the island and carry a bouquet of  fragrances from the plantations, sugar cane fields, and rum distilleries, all part of the island’s many visitor attractions.

Falmouth, Jamaica
Falmouth is located on Jamaica’s north coast, between the two popular tourist destinations of Montego Bay and Ocho Rios. Its waterfront district is a National Heritage Site that contains many Georgian-era buildings dating from the 1760s to 1840. In the 1800s, Falmouth was "the wealthiest New World Port south of Charleston." It was known for its sugar, rum and coffee trade, and 200 years ago was one of the busiest trading ports in the Caribbean. The town has a rich heritage with many historic buildings and churches. Popular visitor  attractions include Hampden Estate, a plantation and rum distillery in the mountains above Falmouth; Red Stripe Beach; Blue Waters Beach Club; the Reggae Walk of Fame and Museum; the Jamaica Culinary Tour; and the wildlife, heritage and city tours.

Panama Canal
This technological marvel, named one of the seven wonders of the  modern world, is a 48 mile long manmade waterway connecting the Atlantic and Pacific Oceans. Locks at each end of the canal lift ships into man-made Gatun Lake for a Canal transit that eliminates the journey around Cape Horn, dramatically reducing cost and travel time. The French began work on the Canal in 1881, but had to stop because of engineering issues and high worker mortality rates. The US took over the project in 1904 and completed it in 1914. The  Canal today has two lanes, each with its own set of locks, 110 ft. wide x 1,050 ft. long, thus limiting the size of ships that are able to transit the Canal. There were approximately 1,000 transits in 1914; approximately 13,500 in 2014. A third lane, with locks measuring 180 ft. wide x 1,400 ft. long, was completed in 2016, nearly doubling the capacity of the Panama Canal.

San Juan, Puerto Rico
In the vibrant port city of San Juan, the climate is as close to perfect as it gets. It’s 83°F in the winter, 85°F in the summer. In other words, it’s always summer! Visitor attractions include El Yunque Tropical Rain Forest, Fort San Cristobal, Old San Juan, the Bacardi Rum Distillery, and San Juan’s many fine beaches! 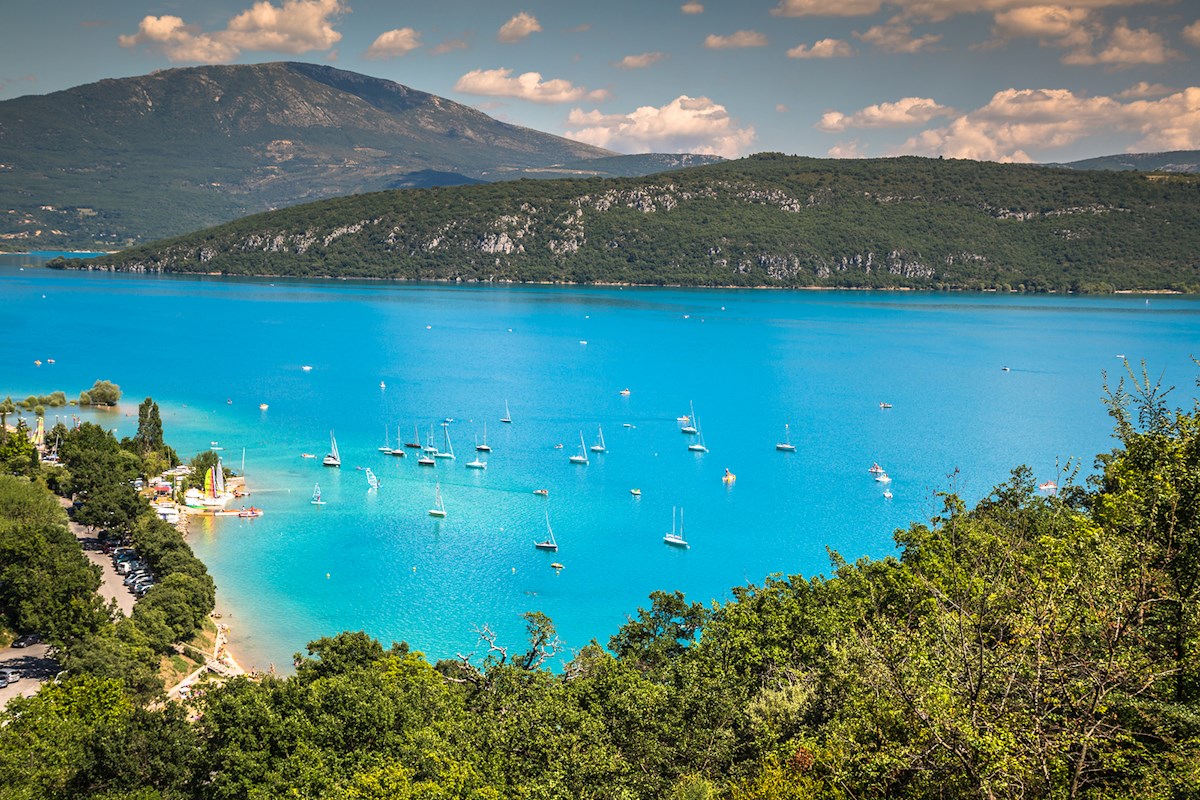 St. Croix
Columbus stumbled onto the white sand shores of the largest of the US Virgin Islands more than 500 years ago and visitors have been discovering the island’s pleasures ever since. This tranquil tropical island features great duty-free shopping, fine dining, water sports, island jeep tours, and a variety of excursions showcasing St. Croix’s fascinating history.

St. Kitts
The town square is fashioned after London’s Piccadilly Circus, blending the feel of a European capital with an island peacefulness. The mountains are dramatic and the tropic vegetation is lush. Attractions include the National Museum, Brimstone Fortress, and Mt. Liumuiga’s dormant crater. Sailing and snorkeling are excellent and the volcanic beaches are stunning!

St. Maarten
It’s the smallest island in the world inhabited by two countries. St. Martin is the French side; St. Maarten is the Dutch side; and you can easily go from one to the other, enjoying the best of both. The 37 beaches, including famed Orient Beach; and the duty-free shopping are the primary attractions, but the sightseeing is great too!

St. Thomas
It’s the Caribbean’s most cosmopolitan island, and its shopping capital, but it still retains the distinctive atmosphere of a secluded paradise. Once your luggage is full of duty-free bargains, it’s time to explore the calm blue waters of Magens Bay beach, 17th century Fort Christian, or to hop a ferry to nearby St. John and Trunk Bay.

Tobago
Because of it’s amazing wildlife, this beautiful, fertile island has been called “the Galapogos of the West Indies.” The beaches are great and the snorkeling is fantastic. Popular activities include the waterfall tour, catamaran sailing, glass bottom boating, the coral reefs and guided bird watching tours. Tobagonians are fiercely proud of their island for good reason.

Tortola
Tortola is the largest of the British Virgin Islands and seasoned travelers have long considered it the crème de la crème of the Caribbean. In addition to the great beaches, popular visitor activities include exploring historic sites, grabbing a bite in Road Town, or taking a day trip to Jost Van Dyke, a pristine island with the BVI’s most famous beachside bar.