Africa, the second largest continent  in the world,  has over 11.7 million miles of natural wonders.  It’s made up of 54 different countries where you’ll find open plains, lush jungles, white sandy beaches and snow-capped mountain ranges. Known as the cradle of humanity, Africa is home to some of the most amazing places and cultures.  From the ancient temples, pyramids and tombs of Egypt, safaris on the Serengeti, natural wonders and wildlife of Uganda, Botswana and Namibia travelers are in for the adventure of a lifetime!

Although most imagine Africa as vast desert with blazing heat, it’s not hot everywhere! You’ll find glaciers on Mt Kilimanjaro and Mt Kenya and you can hit the slopes and ski in the Atlas Mountains in Morocco, the Maloti Mountains, Lesotho and in the Eastern Cape Highlands, South Africa. 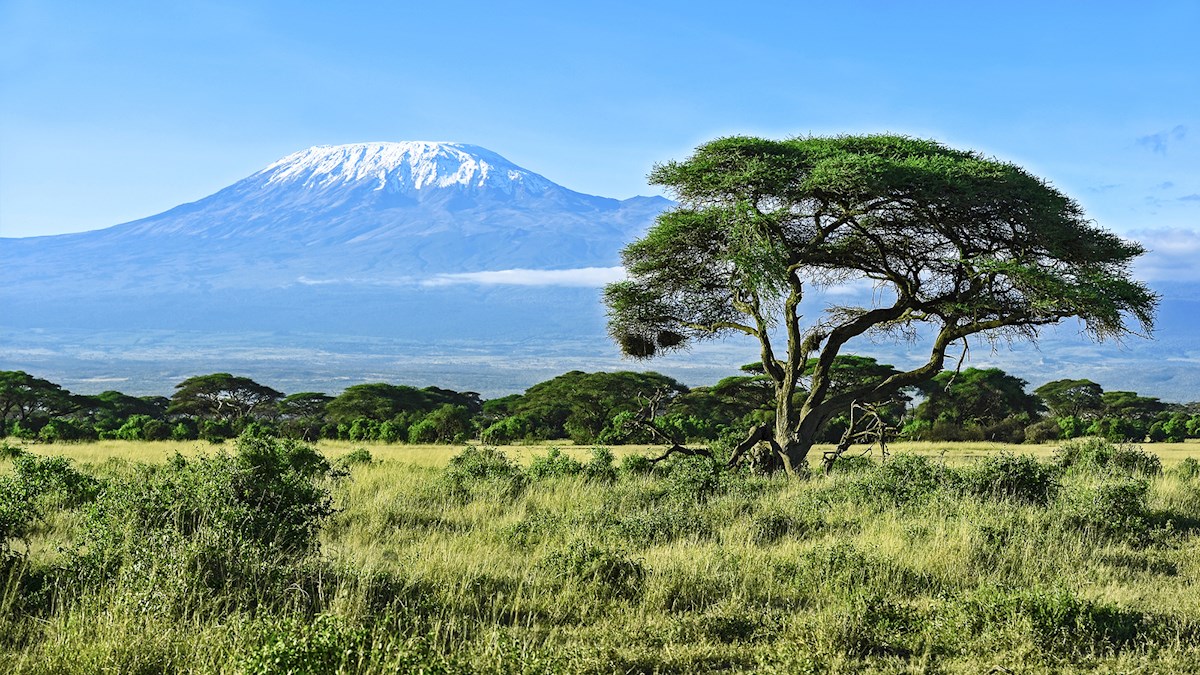 Mount Kilimanjaro
Rising to 19,340 ft. above the plains of Africa, is the highest mountain in Africa. Located in Tanzania, many make the pilgrimage to climb this majestic mountain every year. 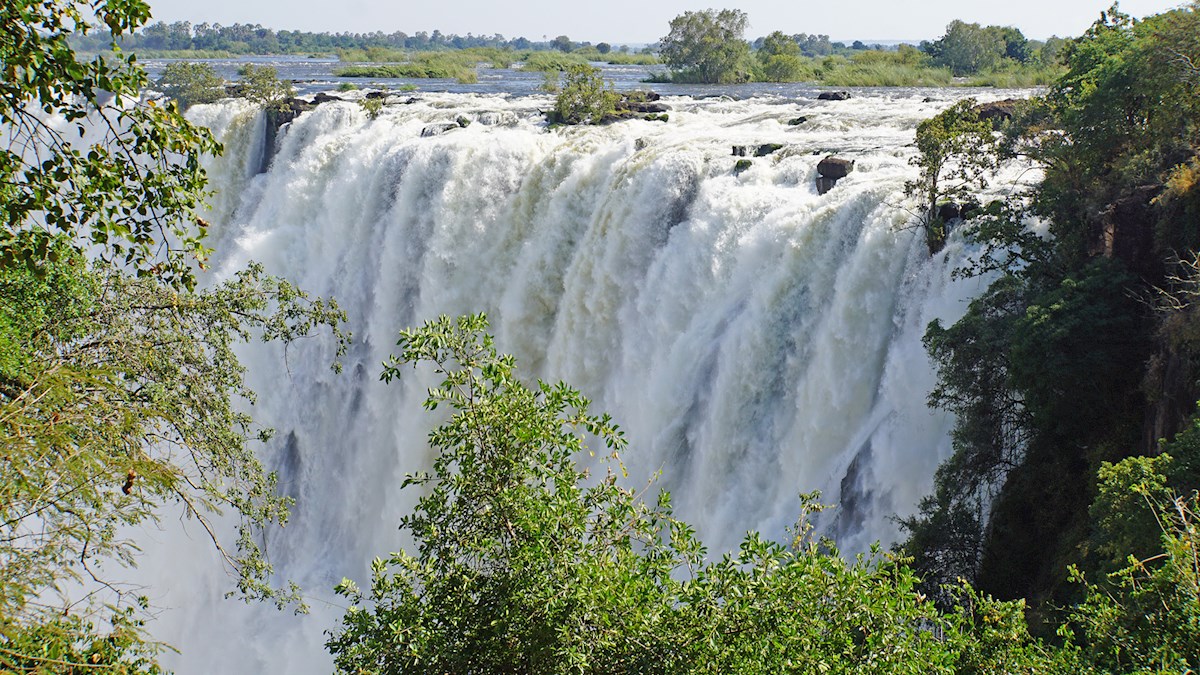 Located on the Zambezi River, at the of Zambia and Zimbabwe, Victoria Falls is the largest moving body of water on Earth.  You can see the columns of spray for miles away as water thunders down through the rocks. The falls were named by the infamous Dr David Livingstone, for Queen Victoria.

The Great Pyramids at Giza and Valley of the Kings
The Pyramids and the Sphinx are the most recognizable icons of Egypt. The pyramids were built as tombs to preserve the mummified bodies of the pharaohs and guide them through to the afterlife.  The Great Pyramid was built from 2.3 million stone blocks. Situated near Luxor, the Valley of the Kings one of the world’s most famous archaeological sites, is where the pharaohs of Egypt were laid to rest. There are at least 63 tombs here including the burial site of Tutankhamun.

Take a Safari!
Safari means to journey in Swahili. East and Southern Africa are the most popular safari destinations.  You can witness the annual Great Migration of millions of wildebeest and zebras over 994 miles across Kenya and Tanzania or track endangered mountain gorillas through the rainforests of Uganda and Rwanda. Southern Africa offers plenty of opportunities for spotting the lions, leopards, rhinos, elephants and buffalos and brightly colored birds.

The Okavango Delta
The Okavango Delta is the world’s largest inland delta, and one of the top places to visit in Africa. This unique natural wonder was formed after an ancient inland sea dried up thousands of years ago.   There are many inland lagoons, islands channels and lakes.  The clear, clean water supports the wildlife of the area, making safaris in the Okavango Delta are an exceptional experience.

The Virunga Mountains
The Virunga Mountains are a chain of volcanic mountains along the borders of Uganda, Rwanda and the Democratic Republic of Congo. The forests found on these mountains are the last remaining home for the highly endangered Mountain Gorilla. Visitors come from all around to the Virunga National Park just to catch a glimpse of these animals. While there you could also see chimpanzees, the okapi and forest elephant. There are eight major peaks in the mountain range; the highest is Mt. Karisimbii, and two of them, Mt. Nyirangongo and Mt. Nyiragira, are active volcanoes.

The Ngorongoro Crater
A UNESCO World Heritage Site, The Ngorongoro Crater is the world’s largest unbroken, unflooded volcanic caldera,  formed when a giant volcano exploded here and collapsed on itself, about three million years ago. It is a natural enclosure for wildlife and home to many different animals.  You will find a high concentration of lions here.

Madagascar
Off the coast of Mozambique in the Indian Ocean, is the island of Madagascar.  The Island is home to thousands of plant and animal species found nowhere else in the world. The highlight of a trip there is a visit to the Isalo National Park. There are canyons, lush palm tree oases and unique sandstone formations. Tourists from around the world come here to see the Avenue of the Baobabs. A group of 800-year old trees that line a dirt road in western Madagascar. Off the coast of Madagascar is the small island of Ile Sainte Marie during the 17th and 18th centuries pirates made this there home, today  wrecks of several pirate ships can still be viewed from the shallow waters. The clear waters of the island’s bays make ideal spots for snorkeling. Migrating humpback whales visit the island waters during summer and early fall. 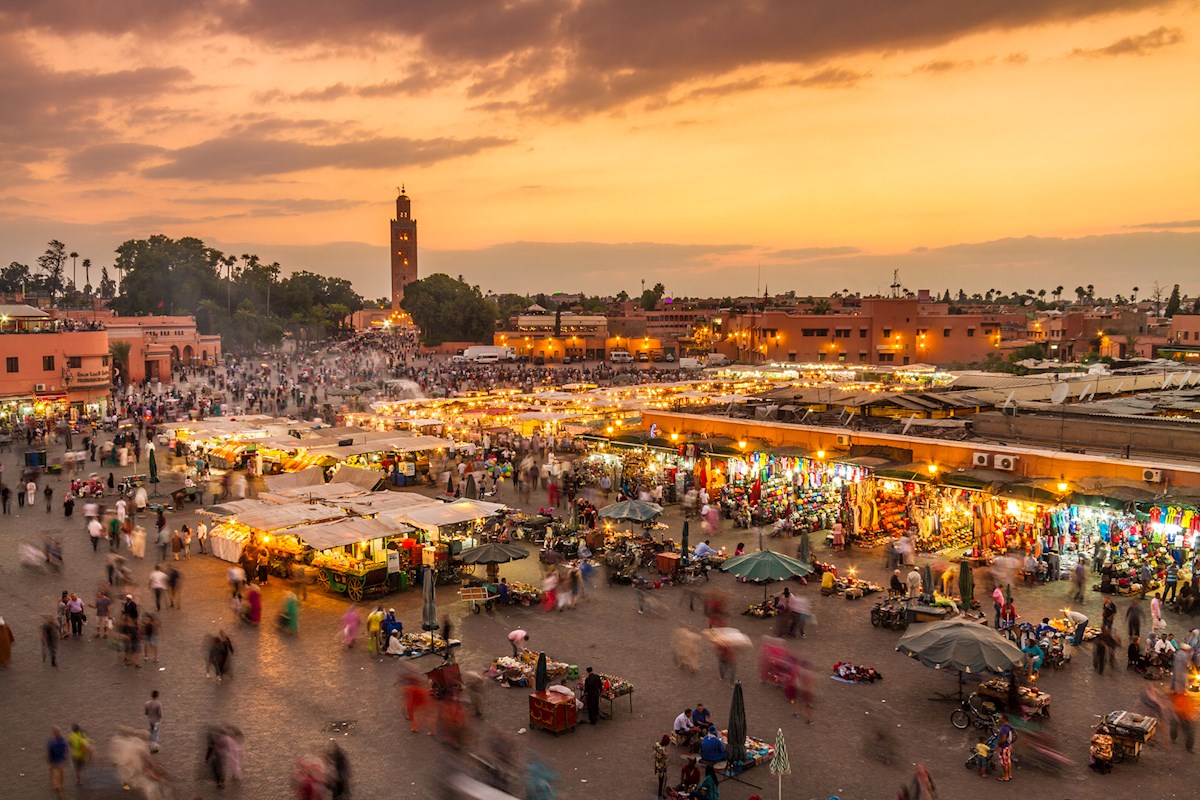 Morocco
No trip to Morocco is complete without a visit to Marrakesh Medina.  The old city is filled with stall vendors, food stands, traditional musicians, snake charmers and acrobats. Tucked away from the busy streets visitors will find a beautiful garden, the Jardin Marjoelle. There is also a Berber museum inside the gardens where you can find out more about the history and culture of the area. The charm of the city can be seen it the tiny alleyways, a colorful experience that will excite your sights and taste buds. In Morocco's eastern Sahara region, are the grand sand dunes of the Erg Chebb. Explorers and adventure seekers can dune surf, four wheel drive through the dunes, or take a camel for a ride through the desert.